Origin of Japanese Words – Why is a Crow 烏? 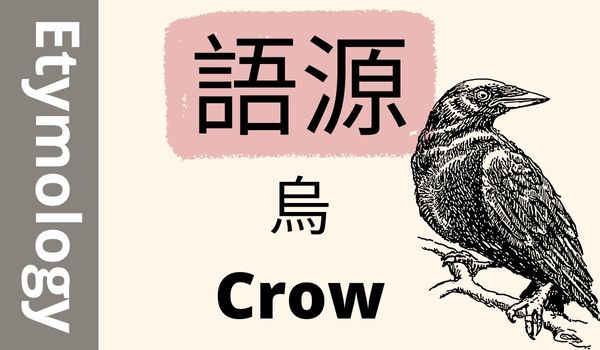 This free lesson is just one of dozen Japanese word origin stories available to Shogun or Lifetime Makoto+ members. Click here to become a member today.

Origin of the pronunciation

There are a few theories for the pronunciation of the word カラス.

It is thought it was a corruption of "black" (くろ) plus "す/し" (a common suffix for birds like ウグイス (Japanese nightingale) or ホトトギス (lesser cuckoo).

「カラス」 also could have come from the crow's cawing. "KaRa!"

It's interesting that in several other languages "crow" also has a hard "k" and "r" sound:

Origin of the Kanji

The kanji 烏 for crow, has a missing line. Since the crow’s body is black and it’s hard to see its eyes, a single line from the “eye” in the kanji 鳥 (bird) is not drawn. It is said that the actual crows have good eyesight and can see even ultraviolet rays. 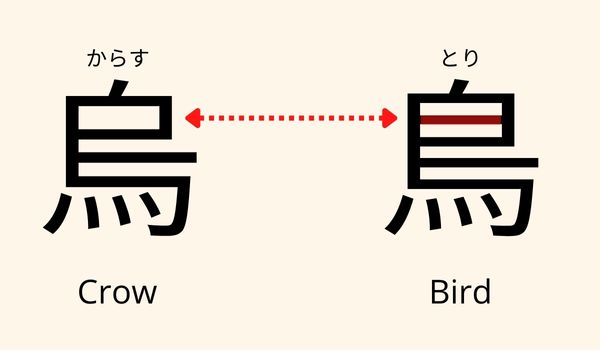 If you know the kanji for bird, just remember a crow is a bird with one less line.

If you are a Makoto+ or Patreon Shogun ($10 or more) supporter, please click here to see all our Japanese word origin stories.

Not yet a member? Please click here to learn more.