Learn How to Count in Japanese Numbers 1 to a Million

Do you want to learn how to count to ten in Japanese? Counting to 10 in Japanese is too easy. How about a hundred? A million? Yeah, that's better. This page covers pretty much all the numbers you'll ever need in Japanese and with sound files.

But before moving forward, visit the "Free Downloads" section at the bottom of this page 🙂

Do you want to be a millionaire? Well, I can't help you with that—sorry—but I can help you count to a million in Japanese!

A few notes before we begin: 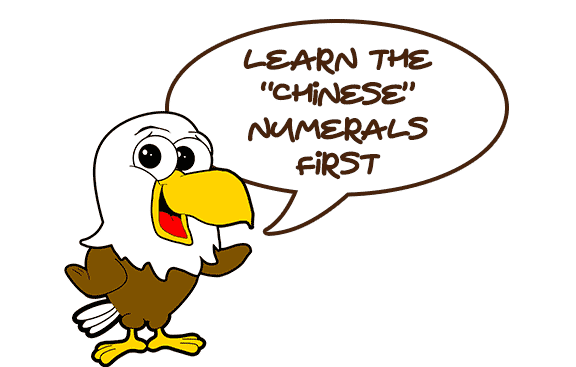 We'll give both pronunciations in the chart below, but as the eagle says, first learn the "Chinese" pronunciations. Those will immediately be useful.

Let's count to ten. I suggest learning by heart the ones in bold first. This is mostly the on yomi, but numbers 4 and 7 have two pronunciations you need to know now.

Here's one through ten all in a row. Once you have studied the above chart, listen to this sound file until you can say it smoothly with the speaker. Remember 4, 7, and 9 each have two different pronunciations. This recording uses shi, shichi, and kyuu. 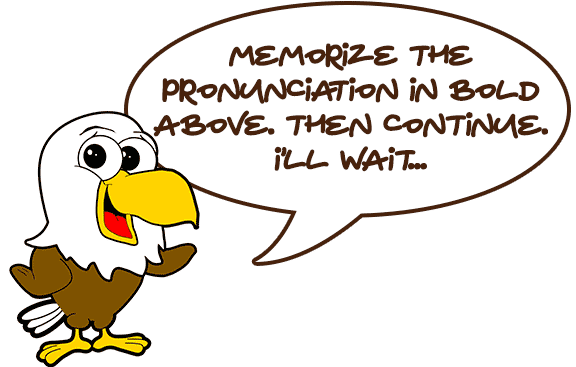 Memorized them? Good! Now, take a quiz to test your skills:

How did you do? If you feel like you know those ten fairly well, please continue. If you aren't sure, add the pronunciations to your Anki deck (or use paper flashcards) and review until you know them.

Once you know the first ten numbers (at least the ones in bold),  you can count to any number.

In many languages, these teen numbers are troublesome. Eleven, twelve, thirteen, what?! Good news for you: Japanese is very regular. 11 to 19 is simply "ten and a number."

Ready to test your teen skills? Try this quiz:

Remember how to make the 11-19 numbers. Let's learn how to count by tens, hundreds, and thousands. After that, it is just a matter of learning new words for the units.

Basically, you just start with the left-most digit and work your way to the right.

Now we come to our first special number word: 100 is 百 hyaku.

Do you follow? Start from the left and move to the right.

Once you get it into you head, it really isn't that hard.

Note: Some sounds change when combined with other sounds. For example, 300 isn 't san hyaku but san byaku. Do make the effort to learn these sound changes, but the good news is, there is a pattern. 3, 6, and 8 are the ones that change.

8000: 八千 はっせん hassen [the "chi" in "hachi" becomes a small tsu. Listen to the recording and mimic the sound]

Wait, you didn't give me a million yet, you say?

Sometimes this is written as 100万. Either way is fine. Japanese often mix Arabic numerals with the larger number kanji.

Congratulations! You can count to a million!

Well, I'm sure you will need some practice and it will take time to remember the few sound changes and special number words, but I hope this page helped get you somewhat familiar with numbers in Japanese. If you have any questions or suggestions for this page, please post it in the comments below.