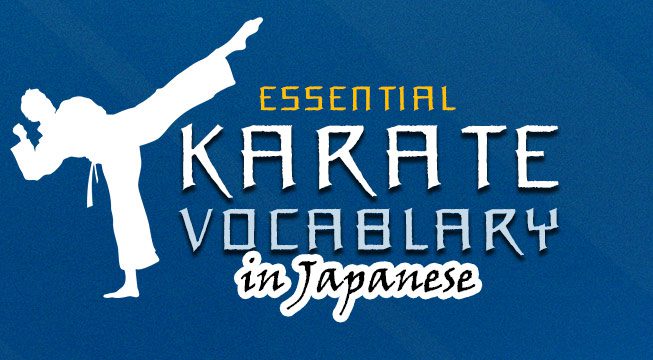 Looking to learn how to pronounce "karate" correctly--or at least how to pronounce it in Japanese? Want to know why dōjō has those lines over the vowels? Use this page to boost your martial arts Japanese vocabulary. Want more? Grab our Japanese Culture eBook Bundle for many more words and phrases.

First, let's look at dōjō. You may wonder why there are lines above the “o.” That’s because, in Japanese, some vowels are elongated. You may also see dōjō written as doujou. So, you shouldn’t say, “dojo” like two quick jabs, but rather “do-jo-,” lingering somewhat after each vowel.

The characters (called kanji in Japanese) for dōjō look like this:

Let’s break that down:

That’s neat, you might say, but did you know the 道  dō is also the dō found in the following arts:

道  dō is a very important kanji in the martial arts.

Ready to learn some martial arts vocabulary in Japanese?

Here are a bunch of essential words. As mentioned previously, buy our highly discounted culture bundle if you would like hundreds more with sound files too!

Literally, "empty hand." Pay attention to the pronunciation. The “te” does not sound like the word, “tea.”

This kanji, in other contexts, means “sky” but with karate it means empty, void, vacant.

家 means “house,” but in this case it means a performer or expert.

Literally, "way of warrior." This is the same kanji (道) we discussed in the introduction.

another name for "samurai."

Literally, "place of the way."

Although common to just say "gi" in English, In Japanese, it is 道着 dōgi.

The obi is also the large "belt" around kimono.

The most common way to say “yes.”

Pronounce the ii long otherwise you will be saying “ie” which means “house.”

Literally, "alive before." (someone who comes before)  It is used to refer to teachers, doctors, pastors, and other people of authority.

sempai – someone senior to oneself

We used a romanized "m" because that is the closer sound in this case, but Japanese ん is usually pronounced as "n."

Also written with this kanji, 型.

kenjutsu – art of the sword; fencing

Literally, the art/technique of the blade.

Ki is one of those kanji that has a multitude of meanings and usages. It can mean mind, spirit, intent, mood, feeling, atmosphere, and is found in a host of idiomatic expressions.

This can also be pronounced, "gi."

This can mean art, technique, skill, trick, and even magic.

Get four books in one bundle. One-time fee AND you get free updates and additional eBooks as we add them. 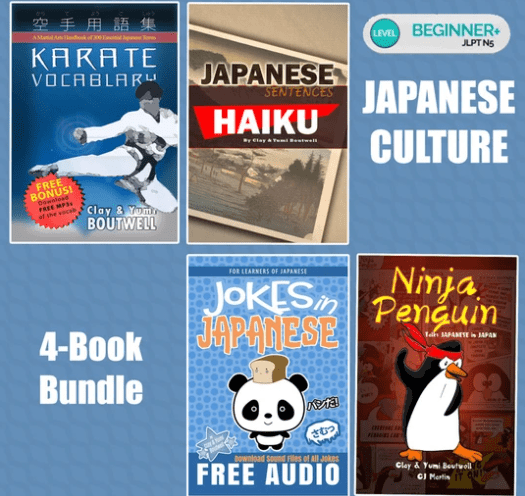