The one sport most associated with Japan is of course SUMO! It's an ancient sport that has developed very sophisticated and complex rules through the ages. It may sound simple, but it is not. The goal is to knock your opponent down to the ground or out of the ring. But there are said to be 70 such ways to do this! Let's take a brief look at the fascinating world of SUMO! 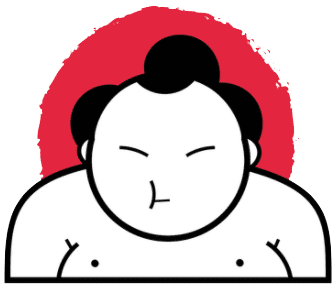