In the past, the test makers published detailed lists of the vocabulary (as well as kanji and grammar) that would be found on the test. They no longer do this, but the older information should still cover the majority of what's on the new tests.

This list is based on the old information plus some new vocabulary confirmed to be included in the test. 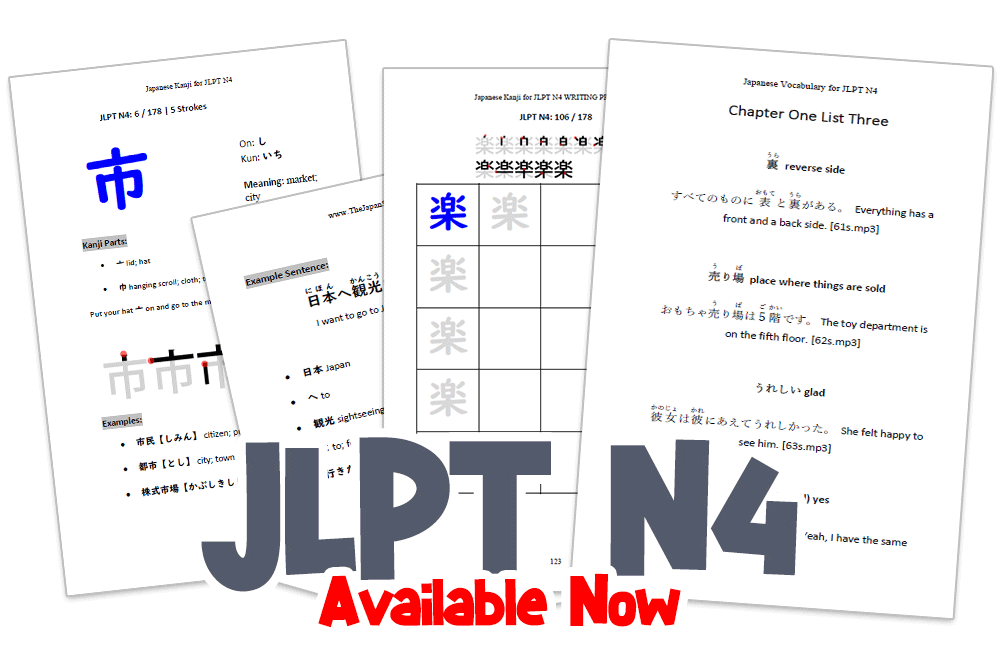 This digital bundle includes eBooks to help you pass the JLPT N4 test. You also get ALL MP3s, PDFs, ePub, and Kindle Mobi files with this purchase.