Learn Japanese with Movies: 釣りバカ日誌 | Been 課長 for a Long Time 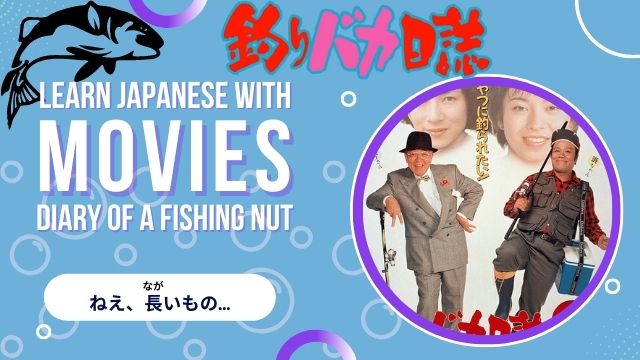 りバカ is a very popular movie series about ハマちゃん who only thinks about fishing. One day, he befriends an older fisherman whom he calls  スーさん. This older gentleman soon becomes ハマちゃん’s disciple.

But as it turns out, スーさん is actually the president and founder of the mega successful Suzuki Construction company and… he is ハマちゃん’s ultimate boss.

Much of the humor in this long running series comes from playing on this relationship. Considering the rigid hierarchy within Japanese companies (and Japanese society as a whole), there are many opportunties for laughs. Within the company, the president has a much, much higher social status than ハマちゃん, but, of course, outside the company, when fishing, the roles are reversed.

Starting in the late 80s and going throughout the 2000s, the series had movies released every year and, together with the even longer running はつらいよ series, it became an important symbol of Japanese culture and a yearly ritual for moviegoers. 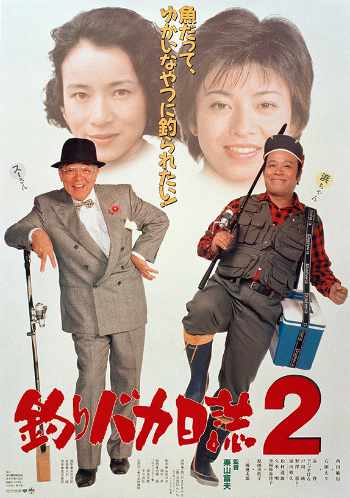 In today’s scene from the 1989 second movie in the series, ハマちゃん is being berated by his immediate boss, the , who is trying to encourage ハマちゃん  to work harder and spend less time thinking of fishing. The informs our hero that when he was ハマちゃん’s age, he had already been promoted to (section chief).

Then, ハマちゃん  comments that while that was impressive, his boss has been for a very, very long time and still is the . In other words, it has been a very long time since the last promotion. His boss momentarily falls for ハマちゃん’s trap, but quickly realizes the comment was more of an insult than an innocent remark.

ハマちゃん  is an expert at avoiding work, and here he uses his gift of gab to accomplish that. Let’s watch the scene. 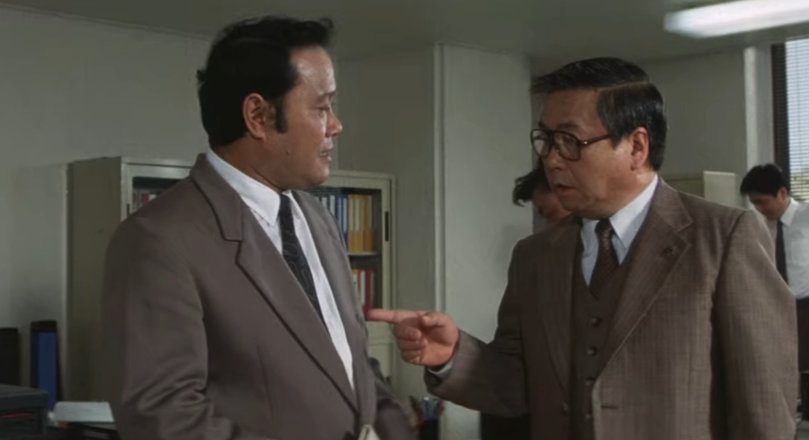 When I was your age, I had already been (promoted to) section chief.

Yeah, but you’ve been the section chief for quite a long time, haven’t you?

That?! What do you mean?

Well, that would also be a long story so,

May I go back to work?