言葉の語源 kotoba no gogen – The origin of words:

Meaning: verbal or non verbal responses of agreement while someone is speaking. (While listening to someone you nod for example)

Hint: Remember the “zu” is づ

Origin: This word comes from the conversation-like pounding when making swords. Sword makers would use a hammer called つち （槌） to pound the molten metal into the right shape. Several people would take turns pounding in a rhythm as if conversing with each other but without words. From this came the meaning of responding to someone non verbally while speaking.

Carrying on a conversation (in any language) isn’t just about getting your ideas across. It is also about showing the other person, the speaker, you are listening. This is especially important in Japanese since it is used all the time.

In English, we might say, “Oh, really?” or “Is that so?” or “Uh huh” to show the speaker we are interested and understanding what he or she is saying. This video lists several important 相槌 aizuchi for showing you are interested or agree with the speaker.

Let’s first look at 相槌  aizuchi that could be considered positive. None of these fully imply the listener even agrees with the speaker. But the listener is interested, engaged, and understanding what the speaker has to say.

Here are the main words (there are many more):

While this means “yes,” はい is often used in conversation to show attention and interest.

This is sometimes written as えー. This is a common substitute for はい with generally the same meaning. I’m listening and I’m interested. When said with a rising tone, it can show surpise or disbelief.

This is a less formal but common way to say “yes.” As mentioned above, saying this doesn’t necessarily mean you agree with the speaker, but just that you are showing interest.

When the listener explains something you didn’t previously understand, you can say, “I see” or “I get it” or “indeed.”

This means “as one would expect” and is often used as a compliment. If the speaker says an accomplishment, compliment him or her with “I knew you could do it.”.

すごい means “amazing” and can be compared to the slang word “cool” or “awesome.” When the speaker says something amazing, use this.

Also shortened as そうだ, this literally means “That is so.” It shows mild agreement, but it could also just be used to show interest.

This literally means “lie.” When said with surprise, it means “Really?” but when said with disbelief, it can mean “I don’t believe that.”

Depending on how you say this, it can show agreement (with shock) or disbelief (also with shock).

This can be used to agree with the listener. I swear. That’s for sure. I’m telling the truth. This literally means “true” or “fact.” In less colloquial circumstances, it really has a う at the end: ほんとう.

The adverbial form can be used to confirm what someone said is really true.

This is usually said when the listener suddenly realizes what the speaker is saying may actually be true despite it sounding absurd. It can’t be…

信じられない I don’t believe it

Literally, this means “I cannot believe.” but this can also be said when believing but not wanting to believe. I can’t believe (he did that).

This means impossible, but again, it may simply show the listener is shocked by what she hears.

This means “odd” or “strange.” Something’s funny about that. 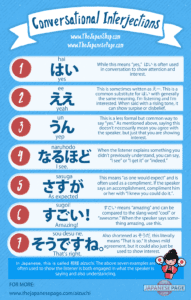 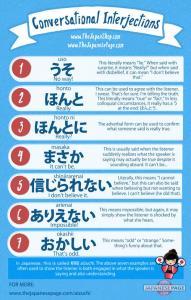