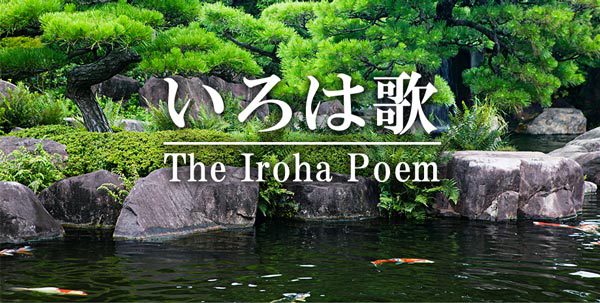 いろは is an ancient Japanese poem which contains each sound in the Japanese syllabary. This is similar to "The quick brown fox jumps over the lazy dog" which contains all the letters in the English alphabet, except the いろは doesn't repeat any letter and the いろは is sometimes used as an ordering of the kana.

This is an updated article originally by ち～よん.

いろは is an old poem said to have been written by （くうかい 774~835）who was a famous Japanese monk in the early （Heian Era 794~1185）. According to Wikipedia, it is now thought to have originated later.

It is a poem with all the letters (like あいうえお), but it has meaning.

A breakdown of each sentence, how to read it, and the meaning of it in Japanese and English:

It is really difficult to stop being anxious about all desires and greedy feelings in our lives.  But I think he thought on how to accomplish that when making this poem.

It is a very short poem, but it contains many ideas. The New Year's card game Karuta is based on this ordering.