■ This is a polite form of だろう and indicates a conjecture by the speaker which is not based on hard evidence. It seems; I think; probably; don't you agree? It can be followed with か to indicate a question or prompting of agreement.

■ Conjecture: Used to express a belief that may not be known for certain.

は、ができるでしょう。
I think he can speak Japanese.

■ Confirmation/Softener: Use to ask for confirmation of information by raising the final intonation or adding か. It also results in a less direct way of saying something.

は、ができるでしょうか？
Do you think he can speak Japanese?

■ Used after the informal verb or adjective forms

■ Used to show conjecture or ask for confirmation of information 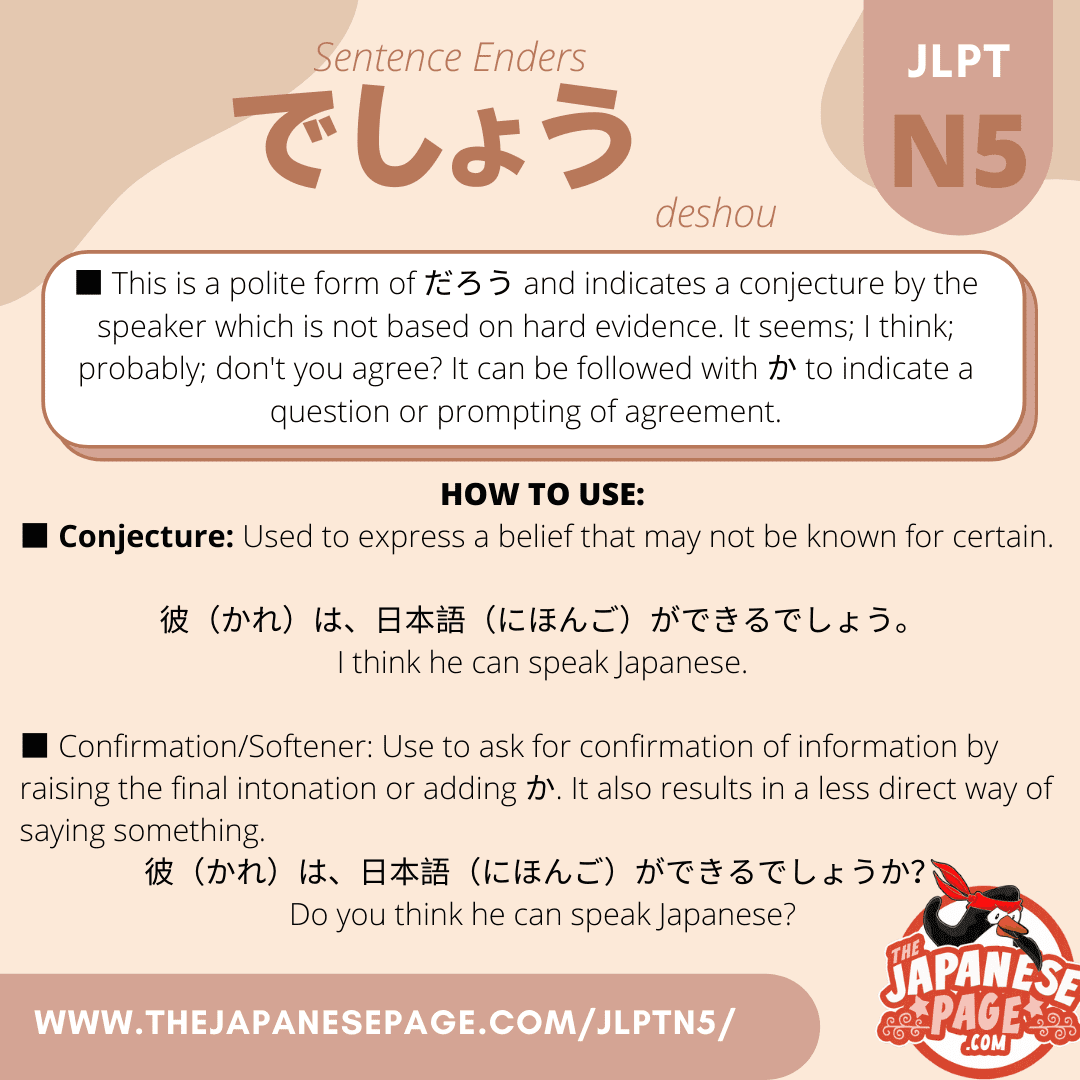 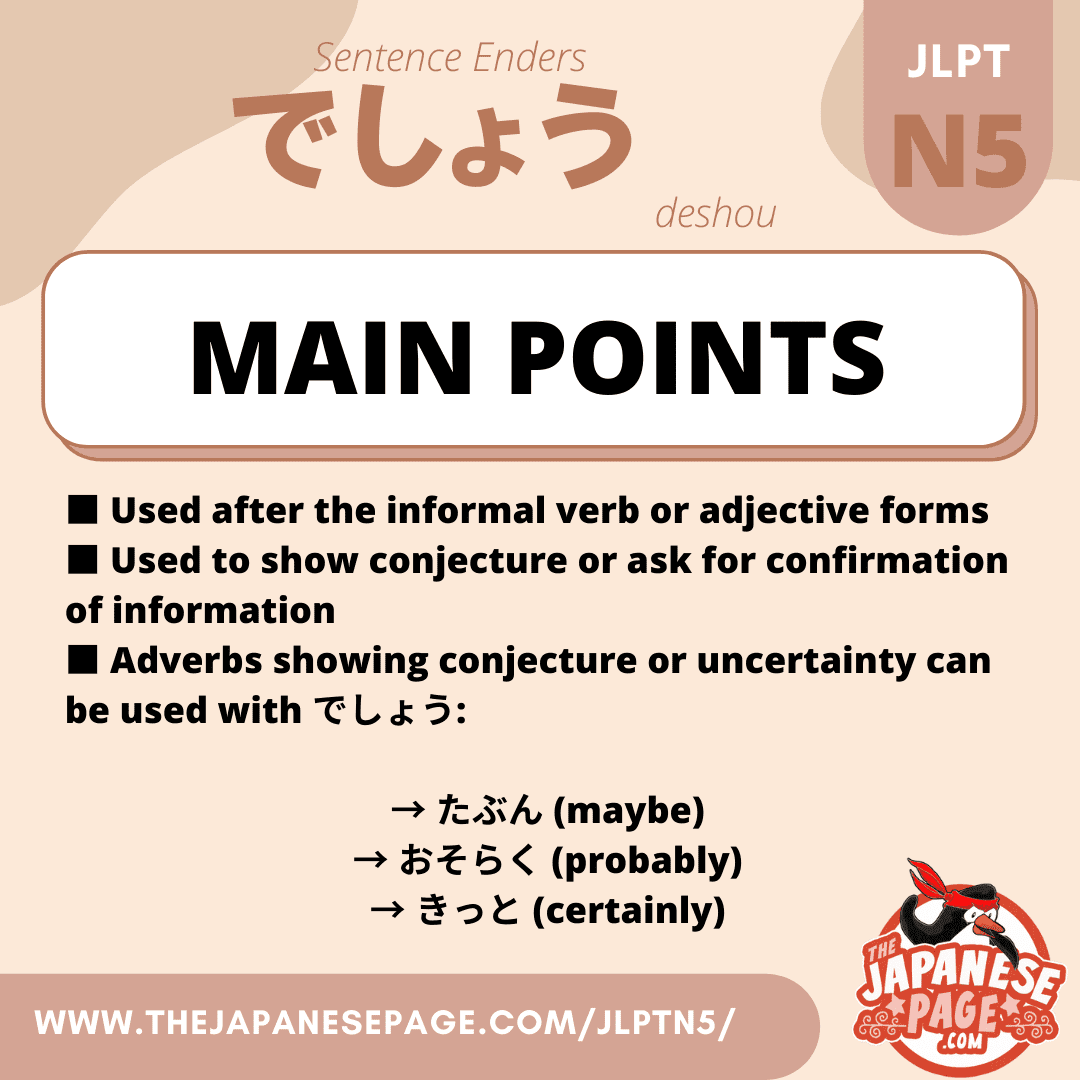