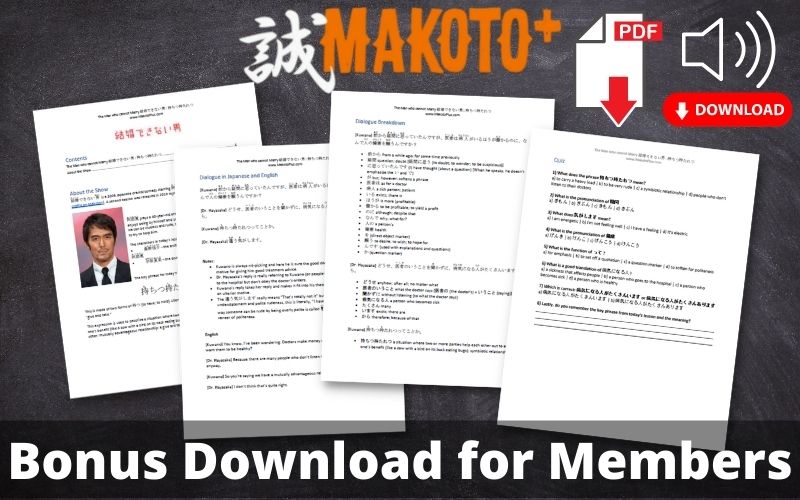 できない is a 2006 Japanese drama/comedy starring (Abe Hiroshi – click here for his profile on Makoto+). A second season was released in 2019 reprising many of the same characters.

plays a 40-year-old architect who really doesn't like people. He enjoys being by himself and usually finds being with others a nuisance. He can be clueless and rude, but the people around him are determined to try to help him.

The characters in today's lesson: The key phrase for today's lesson is: