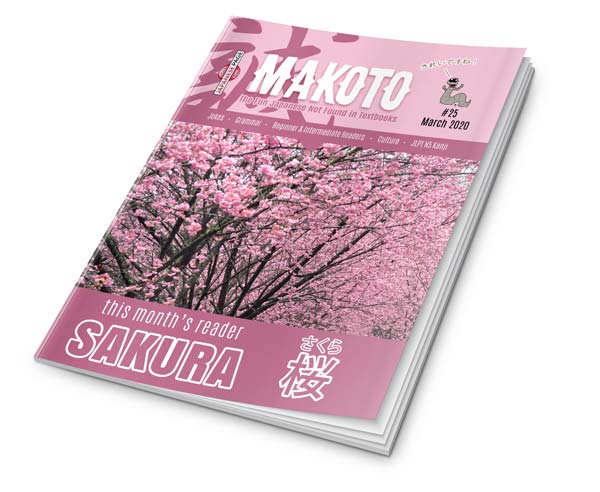 This content is modified from an article from the March 2020 issue of Makoto, a monthly magazine for beginning to intermediate learners of Japanese.

If you are a current Makoto+ member, you can view the full web format of this issue by clicking here. (Normally, this is content reserved for Shogun and Lifetime members only, but we are opening up to Samurai members too.)

If you are not yet a member, please consider becoming one. Not only will you gain immediate access to tons of amazing content, but you'll also help support what we are doing at TheJapanesePage.com!

First, the word for telling a riddle:

This is made of 謎 (riddle) and かけ (posing). We'll talk a bit more about かけ below, but first, let's talk about riddle formats.

In English, knock-knock jokes set up a question and answer situation.

Says me, that's who!

It's a set formula.

Today's riddle takes two very different things and points out (a usually convoluted) connection between them.

The なぞかけ form is as follows:

I'll explain the riddle below, but for now, please try to work through the riddle and use the vocabulary and notes as needed.

About the Form & Vocabulary:

Answer: The last line could be translated in three different ways:

The yellow part of an egg is bad

3) And lastly, it could mean "both (rotten egg and getting one's just deserts) gives one the creeps."

Giving one the creeps.

So, this riddle can be translated as "Take a rotten egg and figure out what it has to do with getting what one deserves."

Is it "yellow part of an egg" or "you" or "give one the creeps" or could it be a little of all three?