Why is 死んでいる not “dying”? 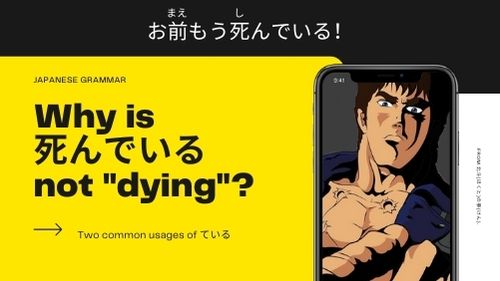 A few years ago, I (Clay) was surprised when my son's friend came up to me and said "Omae wa mou shindeiru!" (Jokingly, of course)

This boy is very smart but… he wasn't studying Japanese. And yet, he was able to spit out a fairly complex -- and weird -- sentence in Japanese. Once he saw my confused (and slightly frightened) face, he quickly explained that it was a internet meme.

A quick web search later, I discovered the line came from a manga/anime called の (the above video is from this anime).

It may be the only Japanese sentence some people will ever know. But at least it is useful in a fight.

Let's break down the vocabulary.

Okay, but let's get back to the point. Why is んでいる not "dying"?

It's the ～ている form which corresponds to the English -ing, right?

Actually, the ～ている form has a few usages:

The first meaning is the -ing. Here is an example:

teacher | as for | now | speaking
The teacher is speaking now.

The State of Being Meaning

Here's an example of the second meaning:

teacher | as for | tomorrow | test | exists | (quotation marker) | said
The Teacher said that there would be an exam tomorrow.

The っていました means the teacher said something and that state (the meaning or content of what was said) is still ongoing. You could just say いました here too, but the 「～ていました」 emphasizes that the message continues to be true.

This could also be っています (present tense) since the content of the past event continues to the present. This form is often used when reporting quotes in the news. "The prime minister said (is saying)... (a quote that was said previously but the intent behind the quote continues)"

Another example would be the verb る (to know). If you know something, you say っている. You aren't "knowing" but you "know" - the state of being in knowledge.

Likewise, している means "(I) am married" rather than "(I) am marrying (now)." The state of being married.

んでいる means someone or something died and, unless we are in a zombie apocalypse, that state hasn't changed. He/it is still dead -- not deading. The state of being dead.

Are you new to Japanese? Get our beginner's bundle instantly

Get 13 eBooks and resource packs for one low price and all with sound files.  Pay once and get lifetime updates including updates and supplementary material. 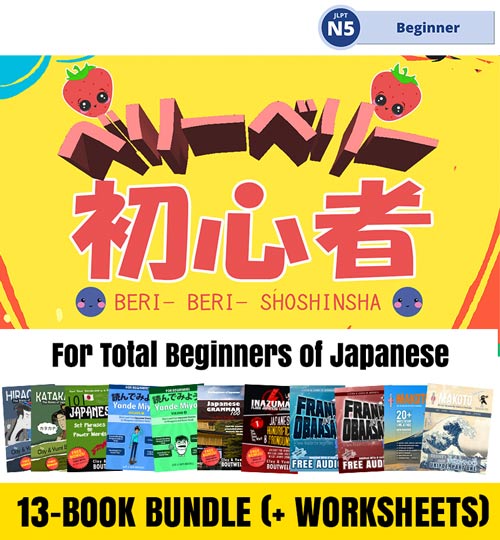