Read Japanese Manga with Us: One Piece Chapter 2.2 [with vocabulary and subtitles]

Read Japanese manga with us: One Piece. See below for a complete vocabulary list and transcript. Missed the first in the series? Click here to read that first.

One Piece is a Japanese manga about a young man named Monkey D. Luffy (モンキー・D・ルフィ) who, with his band of "Straw Hat Pirates," searches for the ultimate treasure called, "One Piece." With this treasure, he will become the King of the Pirates.

Join Clay and Yumi as they walk through the first few pages of the first issue. 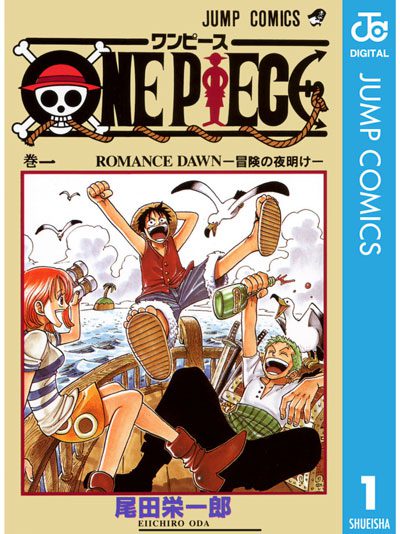 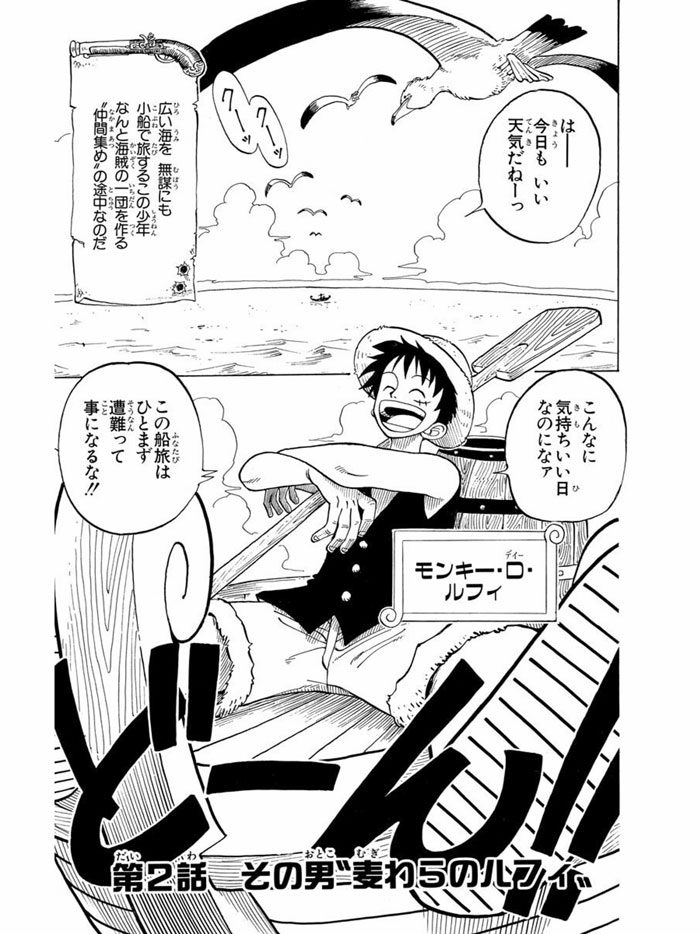 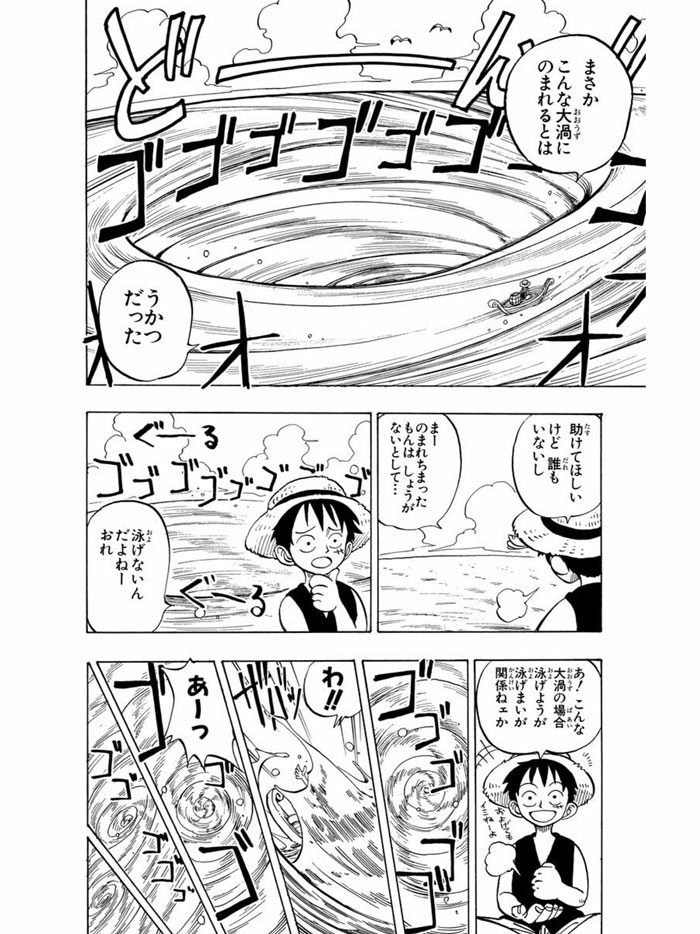 こんにちは、由美です。 And this is Clay.

This is the second video in our One Piece series.

If you missed the first, we have a link for it in the description below. (Click here)

Also turn on the subtitles.

You'll have the translation help there and you'll find a complete transcript and vocabulary list of all the words in the description below. Also.

So let's get started.

はー今日もいい天気だねーっ Ah, It's another beautiful day!

So he's just like relaxing and enjoying the day.

So it's a nice day. Seems to be very peaceful on this page.

We'll find out on the next page that's not the case.

Okay. This is very long. So let's cut this in half.

Yumi, can you read one more time just to the Shonen (youth)?

Okay. So I think one trick for parsing these kind of longish sentences is to look for the subject or the topic.

Look for the noun that's been affected here.

So if we start with 少年 and go backwards, it might be a little bit easier to understand.

This young man is traveling 小船で on a small boat.

So this young man is traveling on a small boat and you see how it goes backwards. It makes sense.

This young man is traveling on a small boat.

無謀にも carelessly, without thought or recklessly.

So this young man is traveling on a boat and he's recklessly.

広い海を So a wider the great ocean.

So this boy is recklessly traveling on the wide, vast ocean in a small boat. Essentially.

So if you start find the main subject or the topic that you want to work with and work backwards sometimes that helps parse the sentence. Okay.

And then the next part

He's in the midst of gathering his crew to form a Pirates' band, a band of Pirates.

To show how this is, wow. This is wow.

の一団 would be the band or a group of Pirates.

を作る so he's making a band of Pirates.

仲間集め. So that would be basically a gathering of friends.

But in this case, of course he's talking about his crew.

So the gathering of his crew.

の途中 is in the midst of, in the middle of he's doing that.

So it's explaining. This is the narrator explaining what's going on.

He's in a dangerous seas and he's searching for friends.

All right. So let's find out where he's going next.

こんなに気持ちいい日なのになァ (It's such a nice day.)

And such a nice weather (although...).

この船旅は、ひとまず遭難って事になるな。 (For now, we'll call this boat trip a disaster!)

"fune" would be boat and "tabi" is trip, but them together, it becomes "funatabi"

And then we have this weird word because it looks like he's so happy, but 遭難 means in disaster, or could be a shipwreck or an accident.

And if you know, if you look at the Kanji, you can see what it means.

And the 難 means difficulty.

So it means to encounter difficulty.

And that's one reason why knowing learning Kanji is very helpful.

Because even if you've never seen this word before or heard it before, you can look at it and kind of figure out what it means.

If you're a beginner may seem impossible with all the thousands of Kanji to learn.

But the more you learn, the easier it becomes and the more fun it becomes, I think.

事になる has become or is becoming.

So there's something going on. He seems to be very happy. I can't understand until we turn to the next page, but we'll do that in just a minute.

So the ど～ん！ is just the chapter two header just being dropped here.

If you just said 麦わら, would that just mean straw?

Or does that always mean a hat too? Or does it...

ま、帽子が省略【しょうりゃく】されているね. (But the "boushi" is omitted)

Okay. So it's just assumed it's a straw hat. And ルフィ.

まさかこんな大渦にのまれるとは。うかつだった (I didn't expect to get caught in this maelstrom. I was careless.)

Now we understand why he had that 遭難, right?

He had that encounter with the difficulty, the shipwreck, the accident.

There's this big whirlpool or maelstrom.

まさか means something you don't expect.

のまれる to be swallowed up, to be engulfed by.

Now the うかつ? It means thoughtless or stupid or careless.

なにも用意してなかった (He didn't prepare for anything)

He's basically saying I wasn't expecting to get caught up in this big wirlpool.

助けてほしいけど誰もいないし (I would like help, but there's no one around.)

まー、のまれちまったもんはしょうがないとして (Well, since it can't be helped to be sucked in.)

海の真ん中だもんね (He is in the middle of the ocean)

there's no one around.

And then the し implies that there are other unspoken reasons, but he doesn't really say.

I I cannot not won't but cannot swim.

And we learned from the first section, the introduction that he doesn't know how to swim.

And then he ate that

That made it so that he can never learn how to swim or can't swim for some reason.

Can't swim だよね. It's almost like he's asking himself, Can I swim? おれ

あ！こんな大渦の場合泳げようが泳げまいが関係ねェか (Ah, in this case, with such a large whirlpool, it doesn't really matter if you are able to swim or not able to swim.)

I don't think we need to translate that.

Okay, so this is the cliff hanger.

We're ending it here, and we'll see next time what happens.

Does he survive? Alive? Dead?